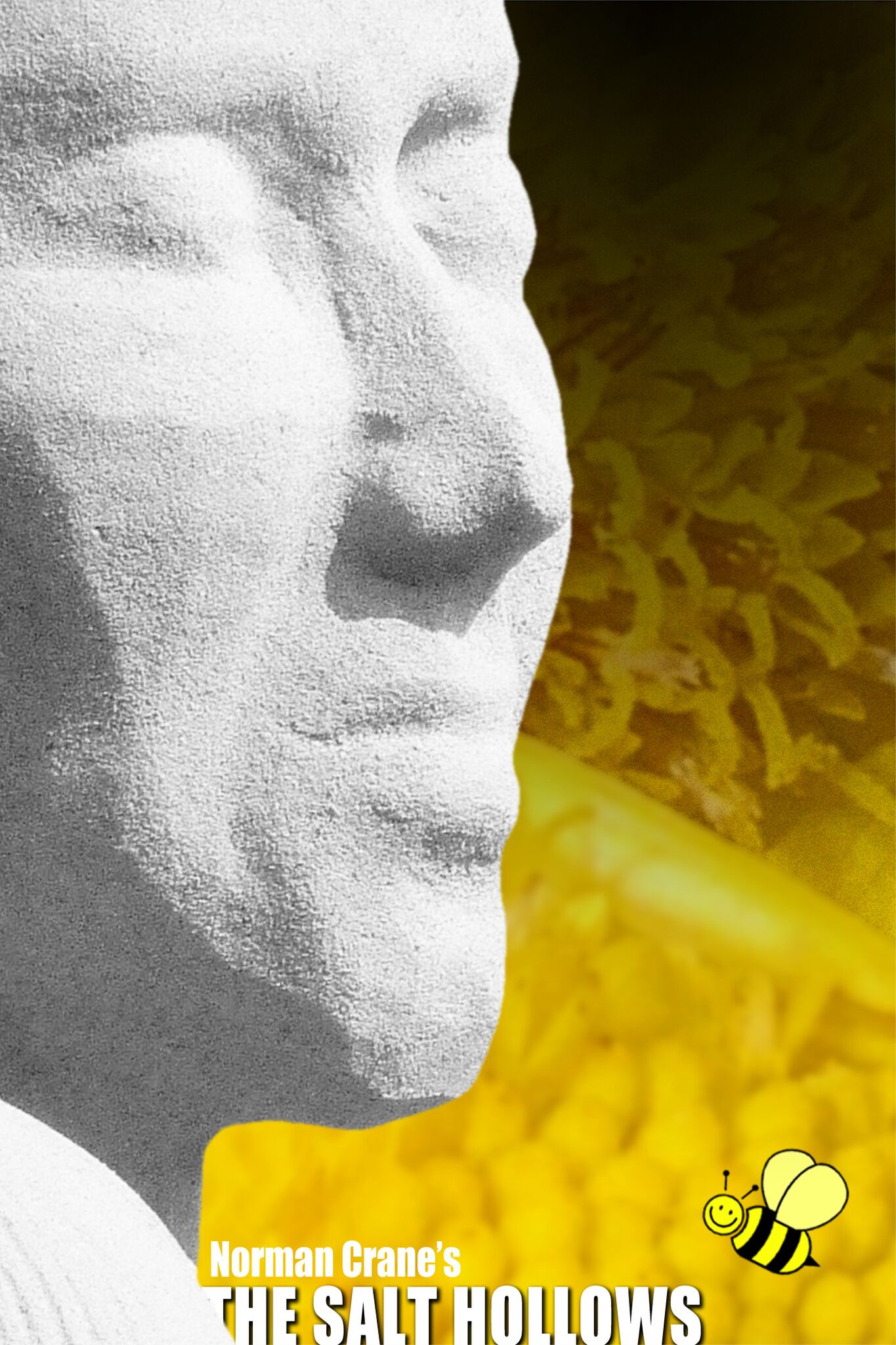 During funerals I often imagine I am a salt shaker. The salt shaker is empty and someone is shaking it, but, because it is empty, no salt falls out. There’s a meal under the shaker: fried liver with onions. Because no salt falls out, because the shaker is empty, the meal tastes plain. The person eating is disappointed. He curses his luck and blames others. Sometimes he gets angry. Sometimes the angry man is me. It’s an impossibility that my therapist says is significant; but I pay my therapist. If I stopped paying, she’d stop saying I am significant. I know it’s an impossibility to be a salt shaker in the first place.

I sleep well after funerals. The sleep is deep. Someone finally shakes me awake, but at least once I’ve been thought dead. It made my mother cry. When I came downstairs for breakfast she didn’t recognize me. I’m glad my mother is alive. She’s the last of us, but she’s in her eighties and will die soon, too. At her funeral I will imagine I am a salt shaker and afterward I will sleep long and well.

In my physical life I don’t like salt. It is unhealthy and its taste overpowers. In your eyes it stings. When I was a girl, salt was expensive even though we lived near a salt mine. The mine was famous and tourists came on buses. The buses were black and yellow like the mine workers. The tourists gave us candy. I much prefer sugar to salt. Sweetness complements though it, too, is unhealthy. Salt comes from the underground, which is close to Hell. Sugar can be the product of bees, which are animals like humans, who are sinful but can ascend to Heaven. When I was a girl I liked to lie on the grass and trace the paths of bees with my finger. If one landed on my stomach I let it walk and tickle me all over.

My mother lived with a man named Henry. Henry wasn’t my father but that’s what I called him and when I did my mother smiled and gave us both hugs. Henry died eleven years ago. He was a salesman and my mother loved him. For a long time I thought Henry was my real father. When I knew the truth, I told and it made my mother cry and Henry mad. Henry called the police and my mother hit herself until her fists turned red. I wasn’t to sleep in my bedroom after that. The truth was that my real father worked in the salt mine. I don’t know his name but for one summer he came every night to visit me through a window. After the truth my mother hit me, too. And the policeman asked me serious questions.

One day Henry and the policeman drove in the police car to the salt mine. The road was dusty and I saw the rising dust from my bedroom window even though I wasn’t allowed there anymore. The newspaper wrote that my father didn’t come out. It wrote that the manager of the mine let out all the workers but my father stayed underground and when the police went in with their pistols they found my father dead. I know because the newspaper has an archive. When I was older I went there. The mine closed soon after that. The buses stopped coming. There was no more candy.

That was August. In November I am sent twice a week to a schoolmate’s house overnight. My schoolmate’s mother looks at me and tells me that I of all people should understand. Everyone treats me differently. I hate going there. Sometimes I run away home and sleep in Henry’s storeroom. He stores tools and car parts and also blankets, with which I wrap myself to keep warm. The storeroom has two windows: one faces home, the other the forest. There’s an old tree close to the second window and when the wind picks up the branches hit against the glass. The sound wakes me. Winter has come early. There’s a storm. Through the window facing home, I see light in my mother and Henry’s bedroom. Henry is on business. My mother must be worried. I don’t like when she worries, so I hope the weather is not dangerous. I go to the second window. Outside, the world is white but I see three shapes. Two are standing. One is the policeman, another is Henry.

Henry is holding a pistol and his hand is shaking. There’s a third shape under the pistol. The third shape is thin and on its knees and is chained to the trunk of the tree whose branches rattle against the storeroom window. The third shape is barely moving and I can’t tell if it is the shape or wind that howls. Henry puts the pistol close to the third shape’s head and fires. I barely hear the sound but see the third shape stretch, then fall, limp, onto the fresh snow. The policeman pats Henry on the back and Henry gives the pistol to the policeman. They turn and I fall away from the window, scared. I shouldn’t be here, I remember. I should be at my schoolmate’s house.

I wrap myself in Henry’s blankets but the blankets are cold and the cold makes the fear worse and I suddenly imagine all of them standing in front of me—all four of them: Henry, my mother, the policeman and my father. They are silent but breathing yet no steam comes out of their nostrils. Instead, they spew salt. The salt flows out of their ears and over their eyes, which turn pink, and from under their fingernails, which fall off, and the salt is bloody. It stings them and hurts them and even before they fall apart like dolls I know it is eating them from the inside like corrosion. I imagine that all the salt the miners ever took out of the mine is in their bodies, so that when it is done and they are broken, all I see are four thin shells filled with salt. But I also know that that is an impossibility, so they are people, too, and they put each other back together, but now that I’ve seen their salt I know they are nothing but painful containers.

When the sun comes up the body is gone. I wait until nine, then pretend I have returned from my schoolmate’s house. My mother is nervous and Henry is not feeling well, so my mother suggests I spend the day outside playing. She helps me put on a coat and hat. The sun melts the snow and the ground turns softer. My shoes get muddy so I play in the forest where the ground is harder and the snow persists. Between the roots of trees I find an injured bee. Maybe it was surprised by the snowstorm. I reach down to help it, at least to touch it and help it feel loved, but it stings me. I run home where my mother rubs cold alcohol on the swelling. She says that once a bee stings someone it dies but I don’t know if that’s true or just a fairy tale.